We all know that Canada’s not exactly the cheapest place to live – especially in the real estate hot spot of Vancouver. But it may surprise you that some of these the top places aren’t too over the top. 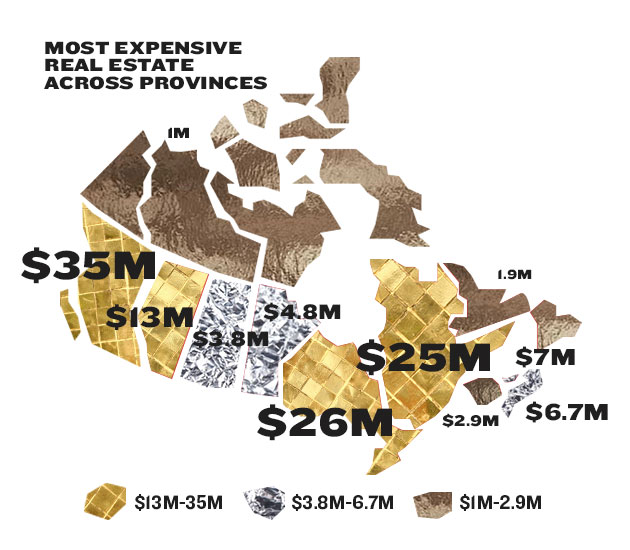 Here are the most expensive property listings in every province and territory in Canada. Check out how the other 1% lives! Want to dig in deeper? Check out Realtor.ca. 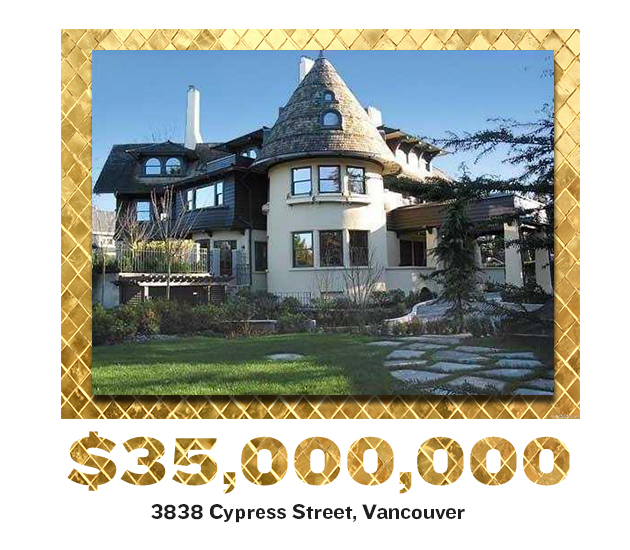 That’s right! $35 million for a charming ‘two unit living experience’ in one of Vancouver’s oldest (and priciest) neighbourhoods. That 8-figure price tag gets you 9 bedrooms, 13 bathrooms, and 35 million reasons to start saving those pennies. 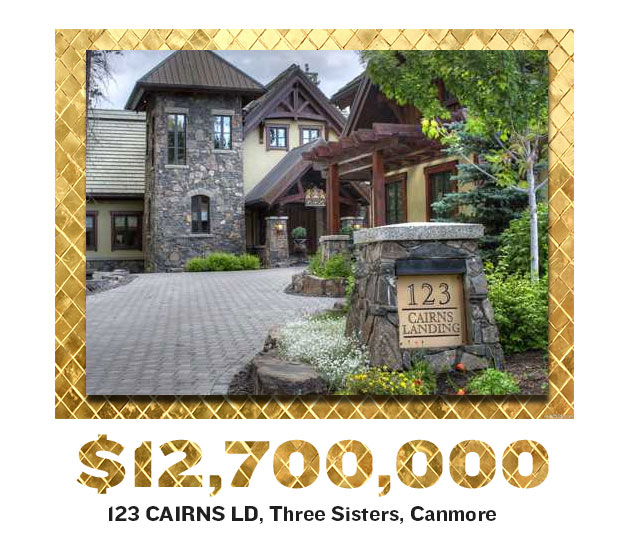 Ho hum. This is just your run of the mill 10,000 square foot home that sits in between premier ski resorts, mountain bike/hiking trails, gorgeous views, golf courses, and the cleanest air in Alberta. Also, it’s a 1.5 level home that’s got a ‘passenger elevator’ and ‘chauffeur’s quarters’… only the necessities. 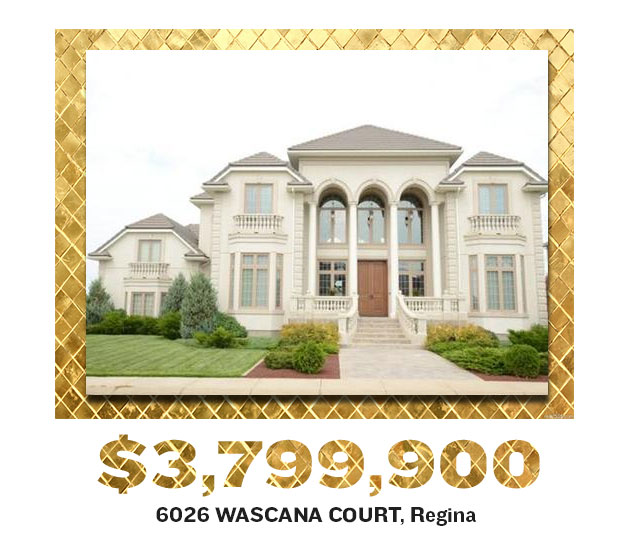 Compared to the two units to the west of Wascana Court, this sub $4 million listing seems like a total steal! But then you remember the average house price in Regina is $318,000, and things get crazy again. 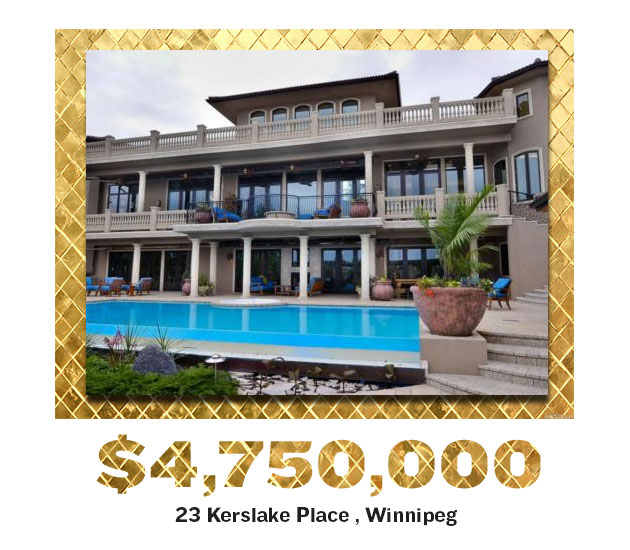 This house in (seriously) in a neighbourhood called ‘Tuxedo’, which is probably what everyone wears that lives there – including the hired help. 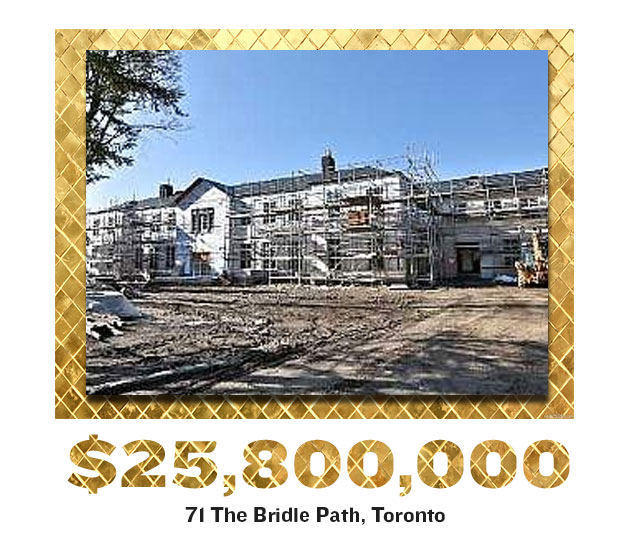 The only reasonable sounding thing about this ‘Palatial Estate’ is that it boasts ‘Lavish In-law Suites’. If you’re going to boot your spouse’s parents to another wing, it may as well be lavish. Bonus points! 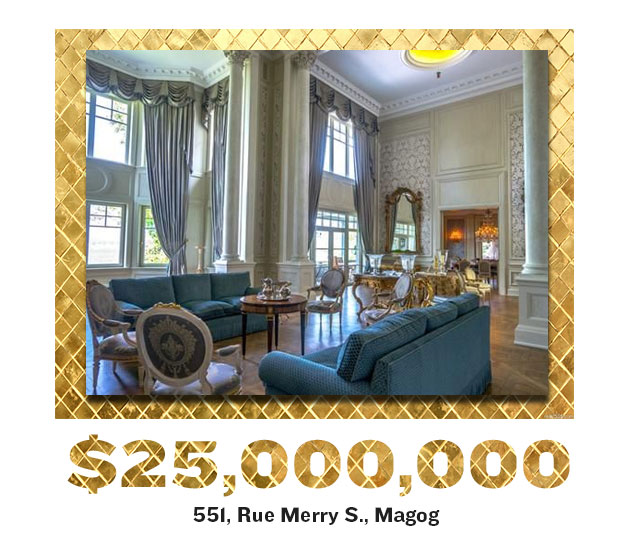 This listing is technically called a ‘cottage’, which is nice if you’re a very simple millionaire who wants to get away to Magog and enjoy some serenity. This estate was built in 2012 and is surrounded by water, hedges, and trees – you’ll have lots of privacy to check out your $25 million mortgage. 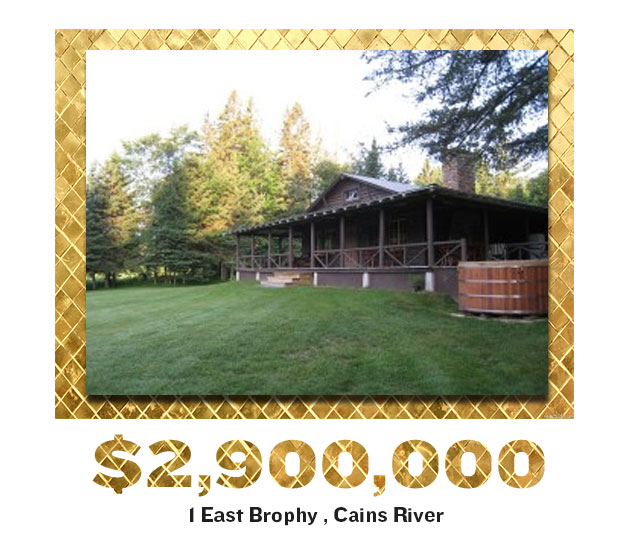 New Brunswick’s most expensive listing is actual a premium wilderness resort on about 100 acres of land, and I want it. It looks like the kind of places really wealthy people would head to try and do ‘Canadian things’ with brand new gear (never to be used again). 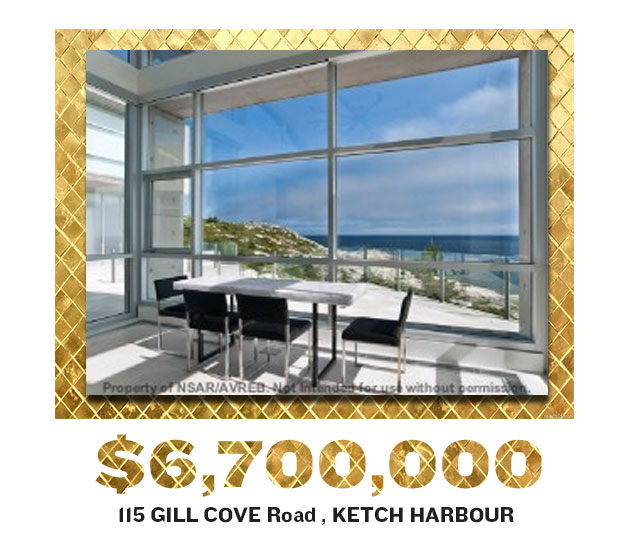 This 40 acre lot looks like a warmer version of Superman’s Fortress of Solitude – it’s all white, glass, and ocean views. 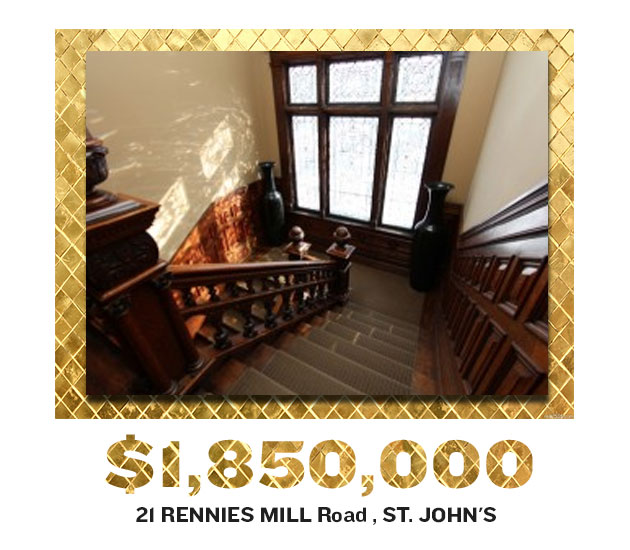 Head about as far east as you can to grab this Atlantic beauty. At $1,850,000, it’s the lowest price on the provincial section or our list – and at 105+ years old, it’s probably the most haunted. 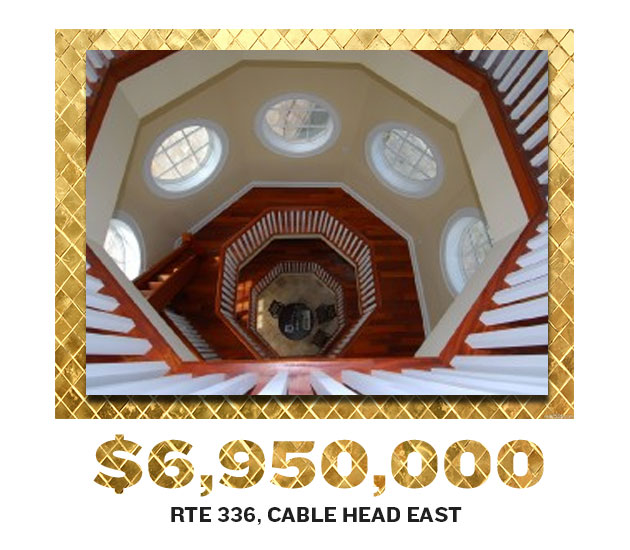 This place is stunning. It’s waterfront – and as you can see from the price tag, ‘no expense was spared in the construction’. Eastern Canadian millionaires (ECMs) should note that the ‘Walk Score’ of this place is literally ZERO, so I hope you’ve got enough left in the budget for a boat, car, private helicopter. 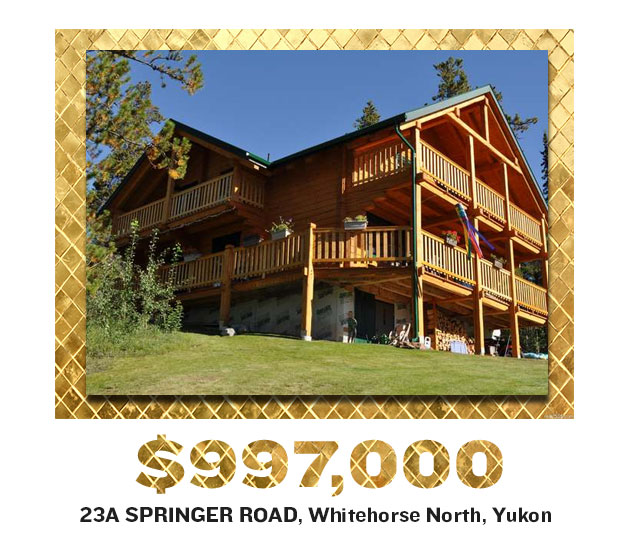 Finally a listing that stays under 7 figures! Coincidentally, it sits on 7 acres of land. If you’re willing to go north, less than a million bucks will get you a stunningly untouched plot of land, instead of leaving you playing Crackshack or Mansion.