Our newest Mogo Card offering comes straight from the brilliant minds at Komboh – an art/design collective that has hit the pages of The New Yorker, Popular Mechanics, McDonalds, The Polaris Music Prize and much more. As you can see from their version of our Prepaid Visa Cards, they bring a modern edge and a really strong aesthetic.

We had a chance to sit down with them to get to know more about the project and the artists.

How did you get started as a designer/illustrator?
I was originally an engineering student; I eventually realized that I was spending more time drawing than studying. I wrestled with the idea of being an art school kid for a while and eventually went for it. After 4 grueling years I emerged from my protective cocoon an almost fully formed illustrator / designer.

What is Komboh?
Komboh is the umbrella brand that I formed with my good pal Hans Thiessen to serve as a face for our freelance business, portfolio, and art collective. We sometimes use it as a platform to self publish our work or just put out bulletins, too. It’s a heavy bureaucratic nightmare run by two twenty-somethings, which we thought was kind of funny.

How would you describe your design aesthetic?
Geometric, modernist, streamlined, and maybe even fun?

Can you briefly describe your creative process?
Often my ideas start with a sketch, which is thumbnailed out repeatedly until I think I have enough of a hold on the idea to take it to color comps. After that I usually draw it out tighter in Adobe Illustrator and iterate as much as time allows to clean up the design and remove any extraneous linework, colors, or shapes. Mostly, I think the process is just one of continued iteration – hacking away at an idea until there’s nothing left you need to remove.

What do you enjoy doing the most?
Playing with simple shapes, patterns, colours. I want to make simple pictures with an emotional response. I think that can be pretty interesting.

What inspires you the most?
The absurd nature of the human condition. Sorry if that sounds like I’m trying to be too clever for my own good.

Any words for the aspiring designers out there?
Being a good designer is a lot like being a good runner; there’s not panacea. Just put in your time, be patient with yourself, and all good things will flow your way.

There you have it. These guys know their stuff. Improve the style of your wallet with their newest card. It’s perfect for under the tree this year… or for putting things under it. 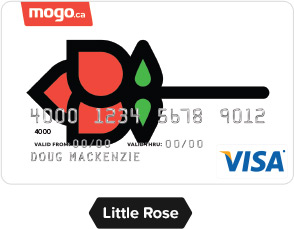 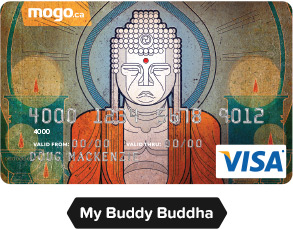 Check out Michael’s work at Komboh.com