Basically, it’s borrowed funds to cover you when you don’t have enough money in your bank account. When your bank sells you the overdraft option on your bank account, they probably won’t go into detail about how much it actually costs every month. A few bucks here and there—no biggie, right? Well think about it this way: if you didn’t have to pay those overdraft fees, you could probably save enough to not feel guilty about Happy Hour on Friday.

Let’s take Lindsay, your average 20-something. She’s always managed her money well…until a routine vet visit on the 17th revealed that her bulldog needed urgent surgery. Really expensive surgery. Her paycheque wouldn’t be deposited until the 1st of the next month, so this unexpected bill left her $100 short for rent, which is due on the 31st.

If she goes into overdraft, she’d pay $5 for the overdraft fee, plus 21% interest**. That comes out to $5.85. Not too bad—that’s about the cost of a pint of beer, depending on where you go. Except oh wait, if you put that into an APR calculator, that $5.85 in interest actually results in an APR of about 148%. Oh the magic of hidden fees. 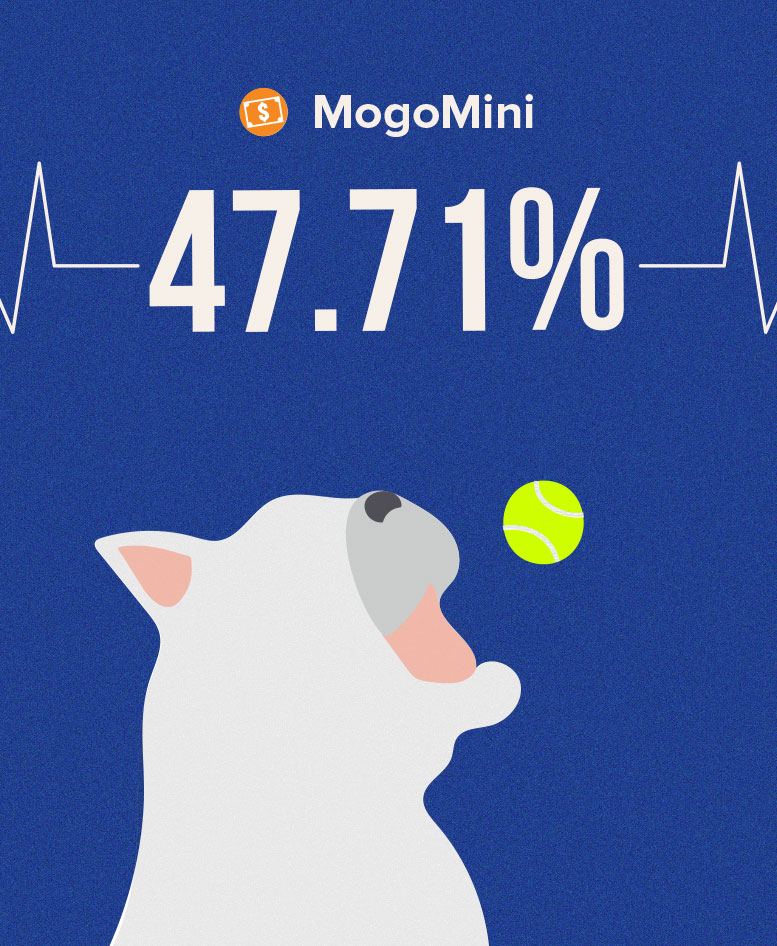 Now, let’s say Lindsay signed up instead for MogoMini at 47.71% AIR (about 13 cents a day in interest per $100). Her application was processed and approved instantly, and the $100 she needed was in her account the very same day. If she had gone to the bank, it could’ve taken a few days for her to get the money that she needed right away. After Lindsay got paid 15 days later, she paid off MogoMini. For the amount she borrowed, she ended up paying $1.95 in interest. Sure, 47.71% sounds scary, but at least we’re up front about the fees you’re paying. AND you’re actually saving a ton.

*All characters appearing in this work are fictitious. Any resemblance to real millennials with pet bulldogs is purely coincidental. No animals were harmed in the making of this blog post.

Instead of lining up to see a bank teller, you can apply for MogoMoney online at any time, from anywhere—even your fave happy hour patio. It takes just a few minutes and you’ll know instantly if you’re approved. Since it doesn’t cost you anything to open an account and your approved application is good for 180 days, why not set it up in advance so it’s there when you need it? That way, if you’re faced with an emergency and need cash ASAP, you can tap into your MogoMoney funds and transfer it into your bank account without making appointments with your bank.

See if you can get MogoMini now—3 minutes could save you from overdraft fees!